Thomas Jefferson, while Ambassador to France, once arranged for the shipment of a moose carcass to display in the lobby of his Paris hotel. His aim was to demonstrate to the scientists of the Old World that, contrary to their views, the New World was rich with promising resources. It provides the idea that sparks this project. (Read about it in David Post’s book) 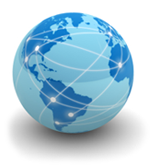 Today, the Internet is still a relatively “new world” that some “old world” voices are calling a degenerate and dangerous place. On this assumption, governments and companies, claiming to protect us, discourage exploration, collect big data, and keep as much as possible under surveillance. 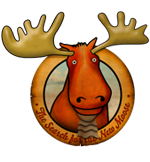 This “Moosical” highlights in story and song the benefits of a free and open Internet and warns of present grave dangers to it. The Old Moose urges the citizens of today to seek a new symbol that will show the “Old World” doubters that a self-governing Internet can be as inspiring and empowering for those in this 21st century as the new American frontier was for citizens in the 18th century.