Click on a chapter image below to go to that song’s page for narration, music and lyrics. Video links go to YouTube renditions of the narrative, including the song. Or you can see the videos in small form on the Videos page. 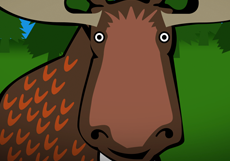 1. The Moose that Brought the News! 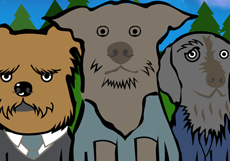 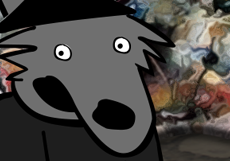 On Malware Island the pups meet the enemies of the Net, real and imagined. YouTube video 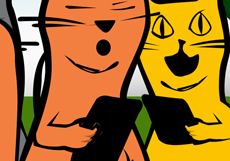 Some cats complain about the proliferation of electronic gadgets that they use constantly. YouTube video 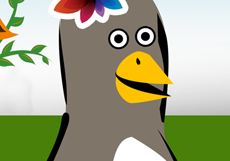 Frieda’s extreme friendliness is simply her nature…at least in the beginning. YouTube video 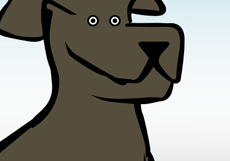 Freddie, the early adopter pup, is ecstatically in love with the most remarkable creature he has never met. YouTube video 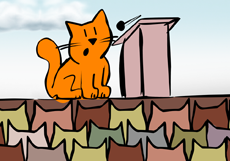 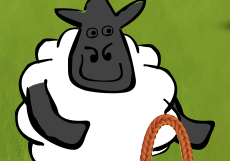 8. Uncommon in the Commons

The Commons-folk celebrate the joys of working together and sharing ideas. Wiki-wiki! YouTube video 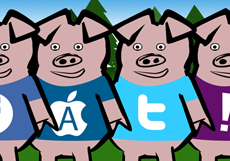 Four forces that promise to “protect” us from the evils of the Internet. At a price, of course, of course! YouTube video 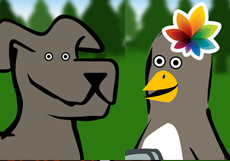 Freddie (a pup) meets his Internet lover Frieda (a penguin) and they celebrate their love. YouTube video 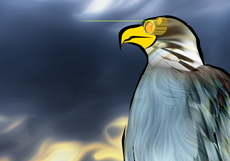 The Eaglebot —  High atop Data Mountain the Eaglebot scans the pupulation and sets a plan to confuse their search for the New Moose. YouTube video 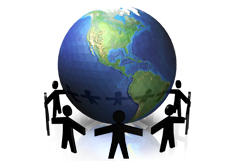 The optimists and pessimists square off debating the merits of globalism. YouTube video 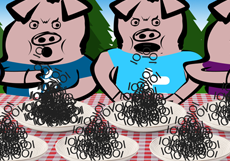 Wedding Day! A trio of penguins celebrates the happy couple with a song encouraging all to courageously explore the free and open Internet YouTube video 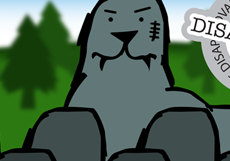 Declaration of war! The Seals, summoned by the Piggies, try to destroy with cyberbullying those who set out to the open sea on their own. YouTube video 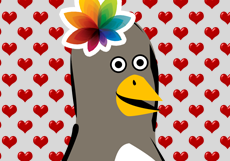 Frieda, now less naïve, and faced with the threat of a seal attack, rallies the pups to have faith in the power of love. YouTube video 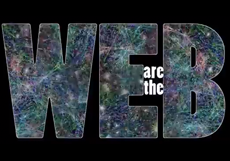 An inspirational finale sung by the whole cast as they, surprisingly, illustrate how they can prevail. YouTube video